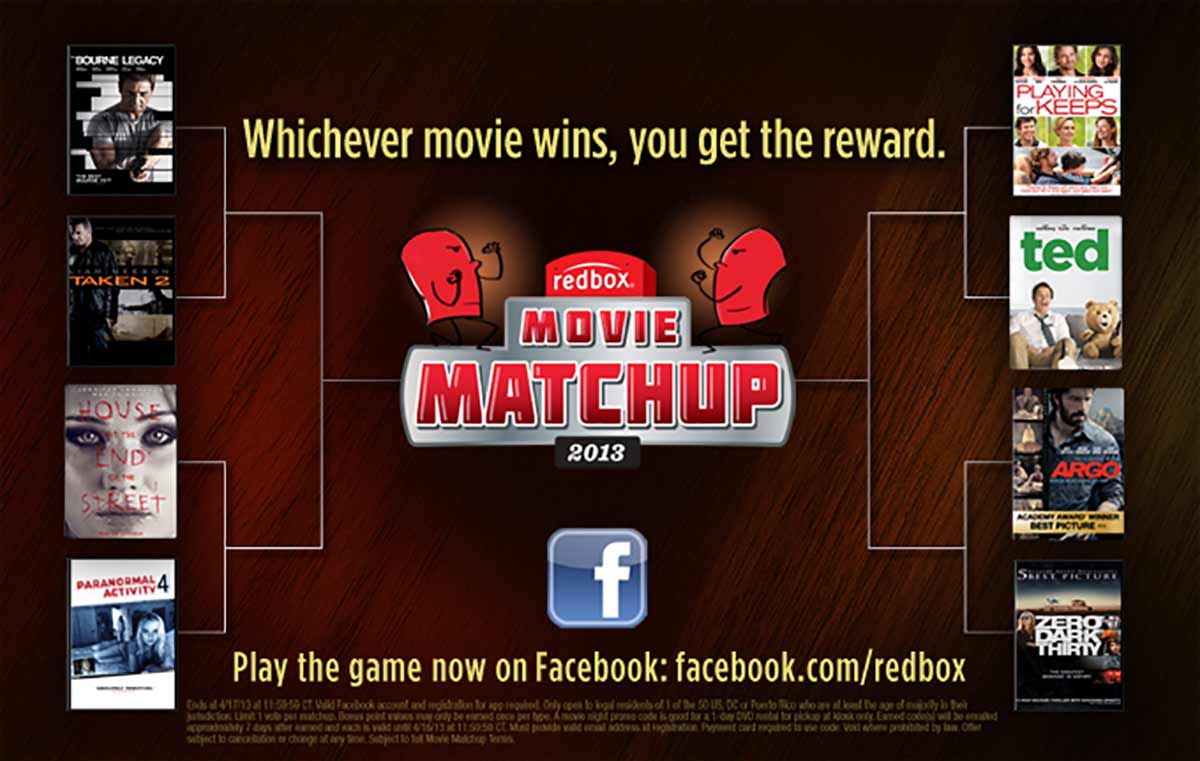 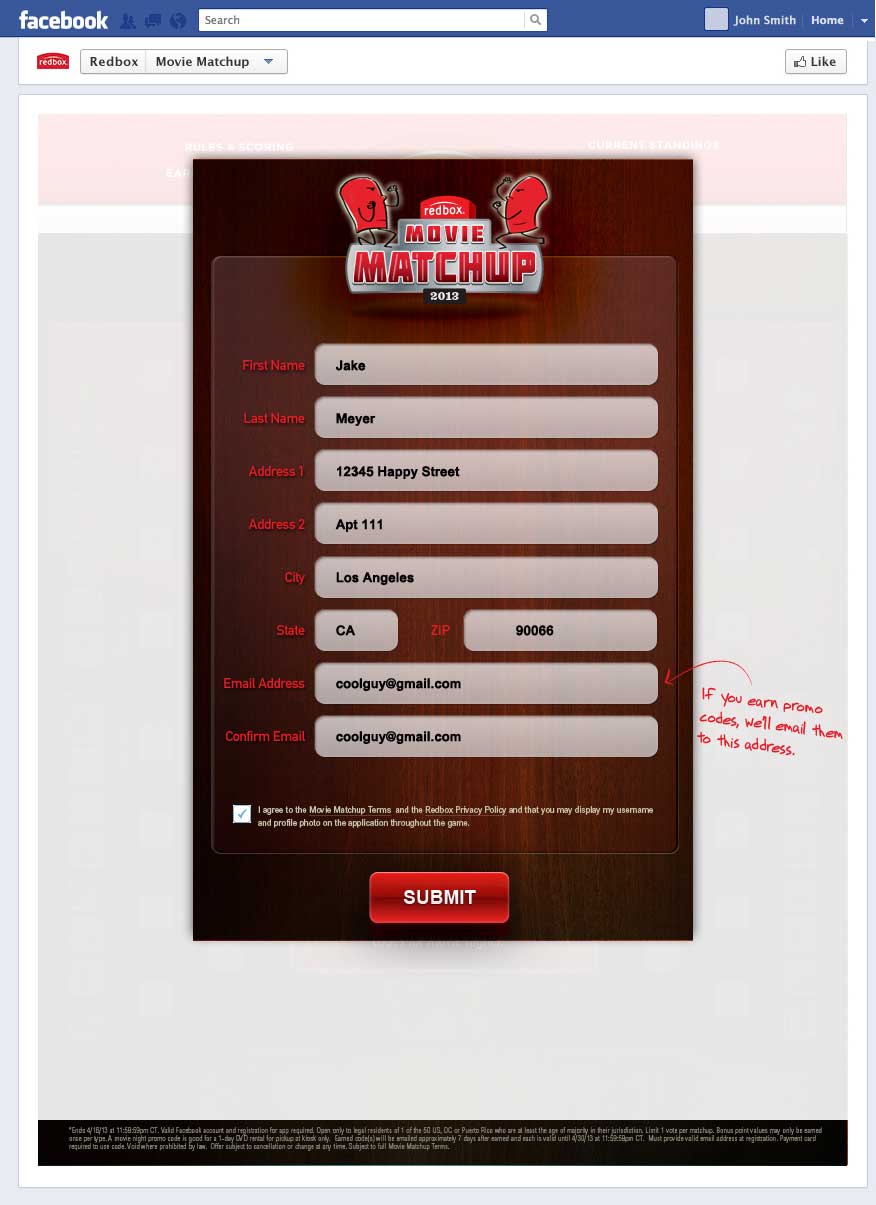 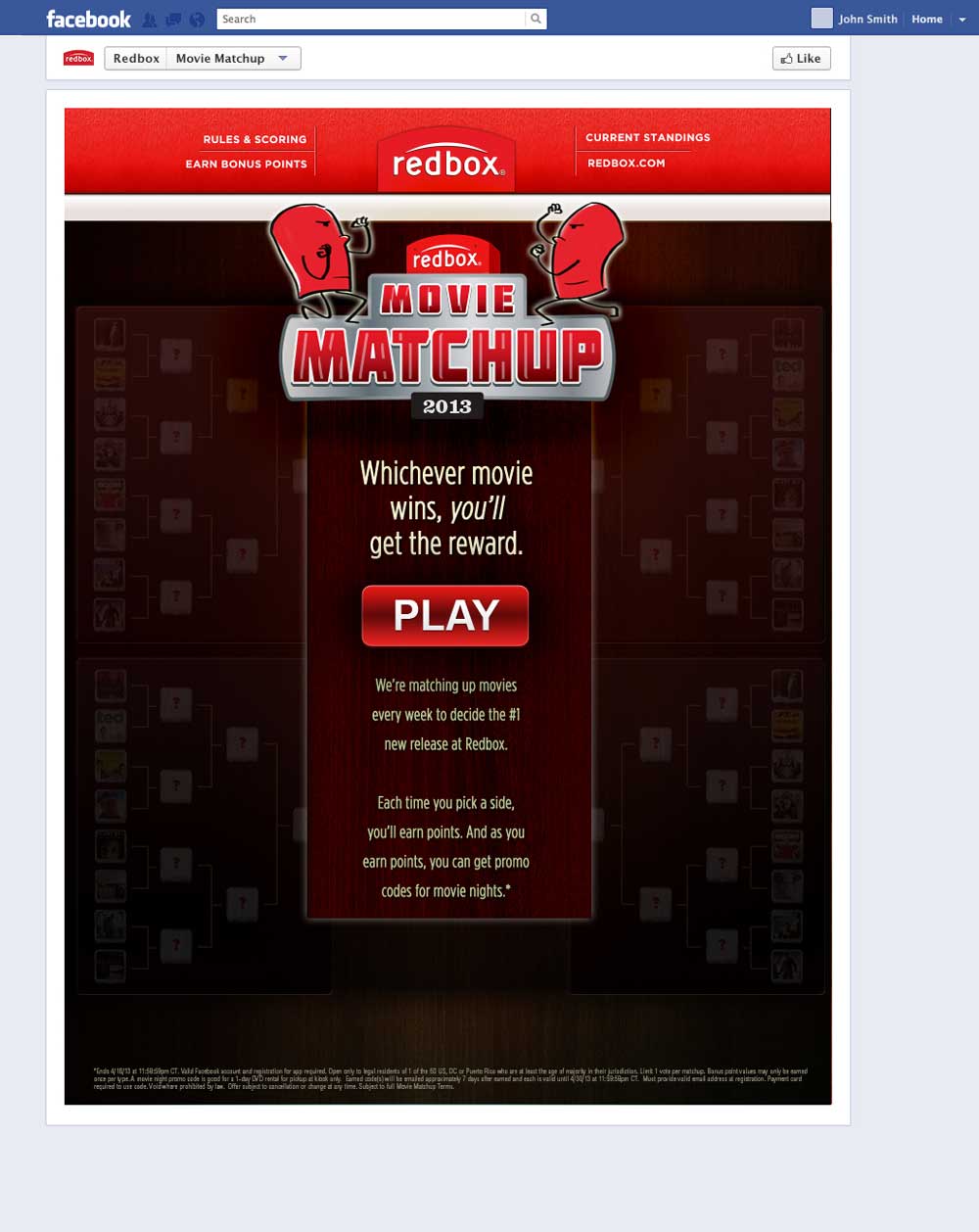 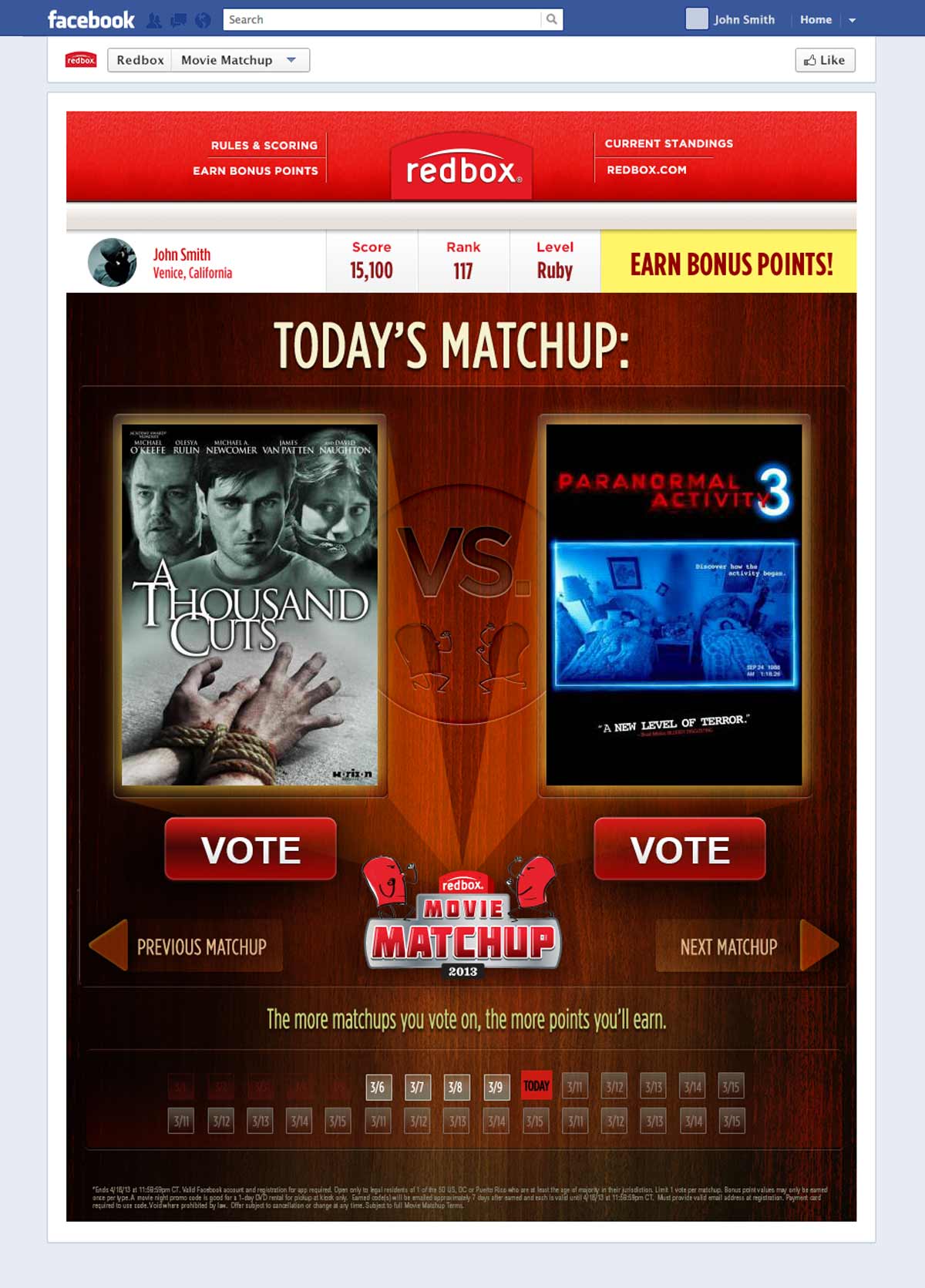 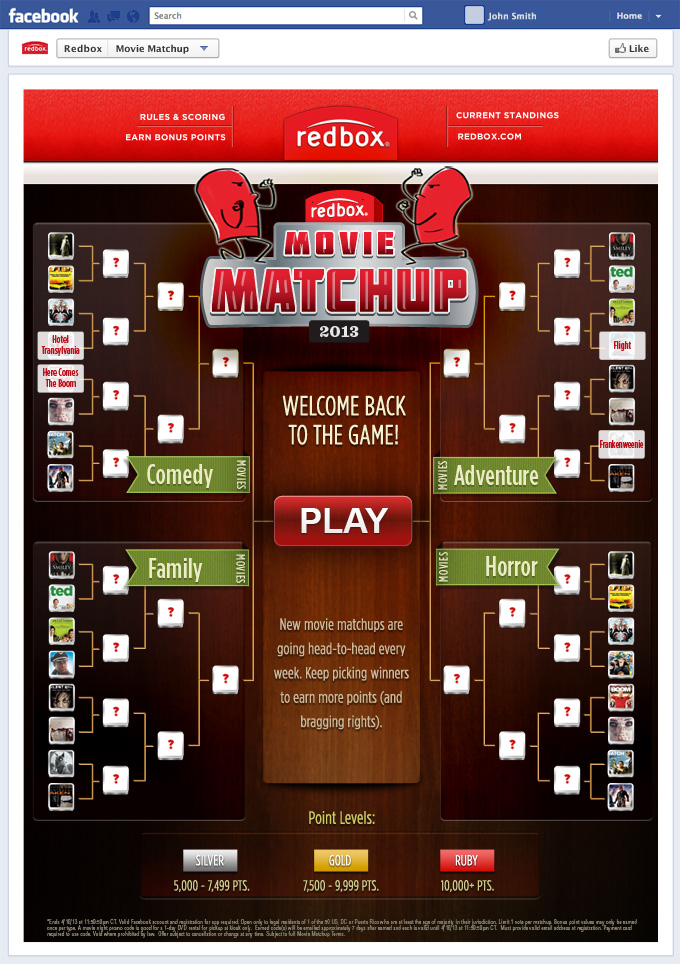 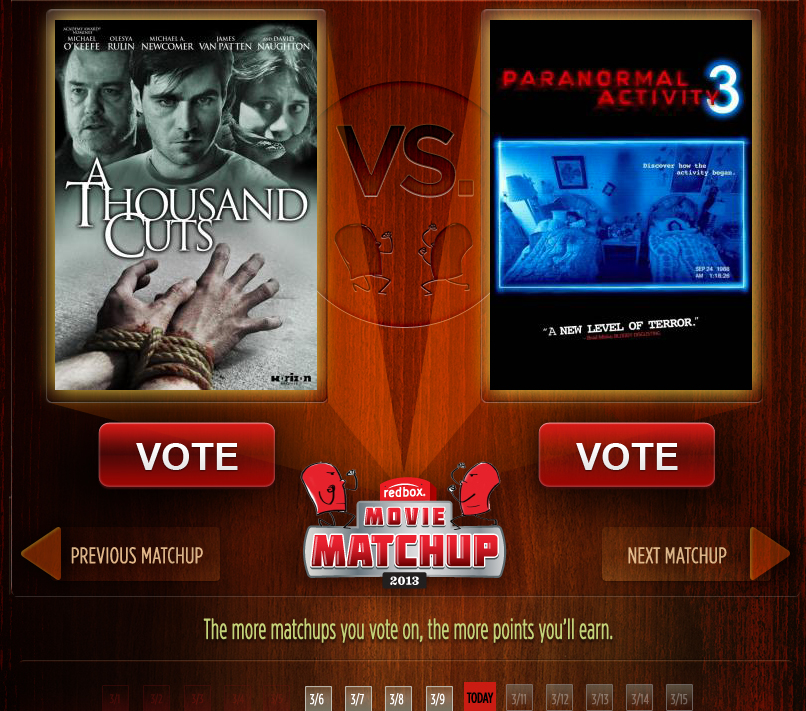 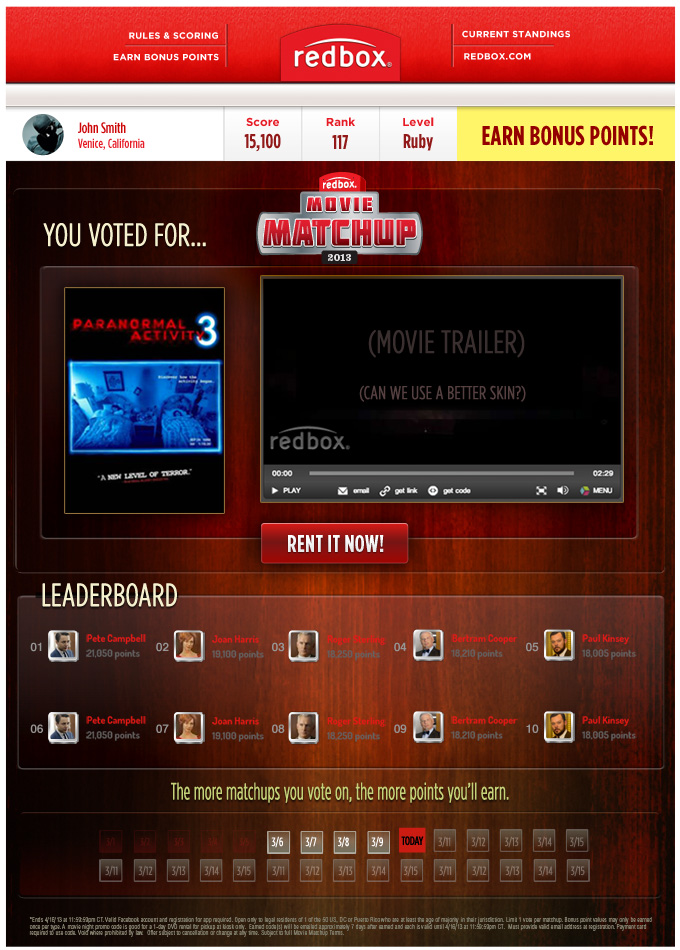 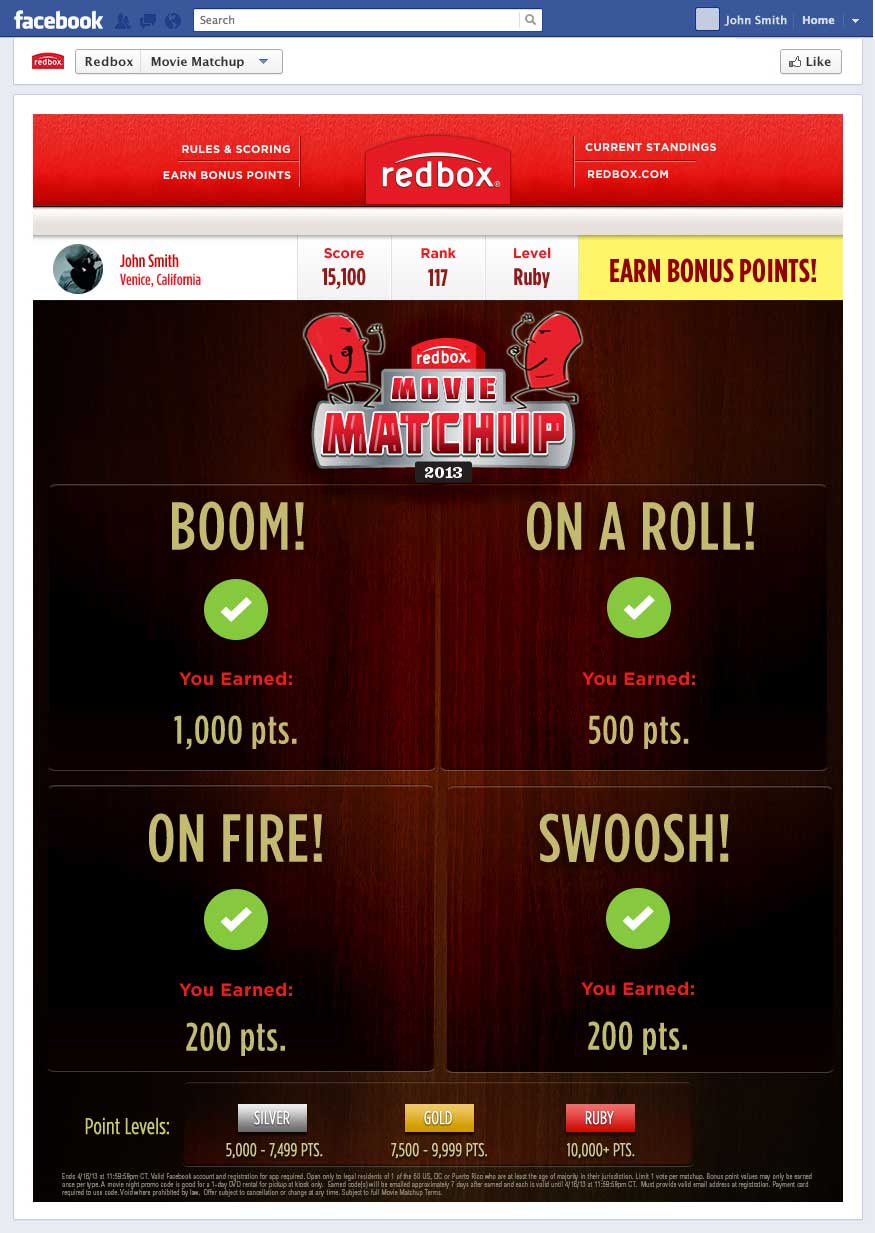 During a six-week, on-site contract at Redbox, I had the chance to design multiple items for online and print, and the first major piece included the design of an online game for Facebook called Movie Matchup. My job was really a re-skinning of an existing game dev structure purchased from a separate development team. My job was to determine the appearance of the entire game interface, and make sure it was intuitive to use, looked great, and would be fun. On all those fronts, and based on the huge response and success of the release, I’d say, Mission: Accomplished – and Surpassed!

In addition to the graphics involved in the game itself, along with all the accompanying icons and profile images for display on Facebook, I created the layouts and graphics for email blasts, web banner ads, video screens for the Redbox kiosk, and large printed stickers for in-store signage.

Included here are images from the game and for some of the banner ads.